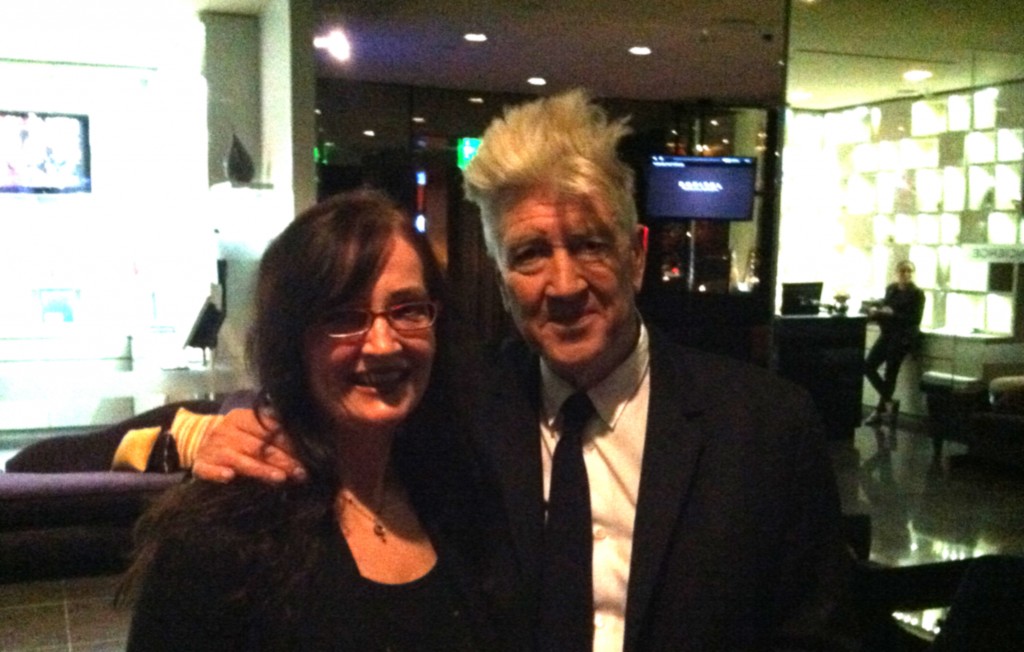 You know David Lynch, yes? The legendary filmmaker who is known for such dark films as Eraserhead, Elephant Man, Blue Velvet, Mulholland Drive, and the TV series Twin Peaks? But did you also know that he is an avid practitioner of Transcendental Meditation? As founded by Maharishi Mahesh Yogi?

That’s right – at an interview he recently gave at the Sofitel Hotel in West Hollywood, David let the audience know that he has meditated every day, 20 minutes in the morning and 20 minutes in the evening for the past 43 years! And that is without skipping a SINGLE meditation!

Also interviewed that evening was Dr. Norm Rosenthal, author of “Super Mind.” He spoke about the benefits of regularly practicing Transcendental Meditation or TM. The benefits have been widely researched, and studies show significant reduction in physical health symptoms such as heart attacks, stroke, high blood pressure, and anxiety.

Dr. Rosenthal’s own research showed regular Transcendental Meditaters significantly improve all their relationships, improve their recovery from unpleasant events, make healthier choices, increase their competency, and feel more empowered to be their “authentic self” – which they sense as separate from the ups and downs of daily life.

For a Shadow coach like me, there were 2 results I found most intriguing: that Transcendental Meditaters show “improved integration of personality” – that means your Shadow is more integrated with your Authentic Self, which is the goal of my work with clients!

And, that people who practiced TM regularly experienced the sense that things go their way more easily, they have more “good luck”, and nature seems to co-operate with them. That is the Law of Attraction in action! Very exciting to become a more powerful MANIFESTER!

So how is Transcendental Meditation different from other forms of meditation? Dr. Rosenthal divides meditation into three different types:

3) Transcendental Meditation – the purpose of this type of meditation is to transcend your self. It uses a mantra that is given to the practitioner by a trained teacher or guru. The mantra should make no “sense” to the one practicing the meditation – thereby bypassing our usual mentality. The mantra is simply repeated over and over silently in the mind, taking you into deeper states of consciousness.

Because David Lynch is such a firm believer in the power of Transcendental Meditation to heal the mind, he started the David Lynch Foundation, which is bringing TM to low-income urban schools, veterans, female victims of violent crimes, people with HIV, the homeless, and prisons, with fantastic results!

David is often asked how such a profoundly practicing meditater could create such dark work? He answers that the world is dark and films are stories about the world. Good and evil are components of stories. He doesn’t believe the artist  needs to suffer, or that the artist needs to identify with the emotional characters he creates. “Let your characters do the suffering,” is his perspective.

Let me know what you think, and what your experience with meditation has been in the Comments below!