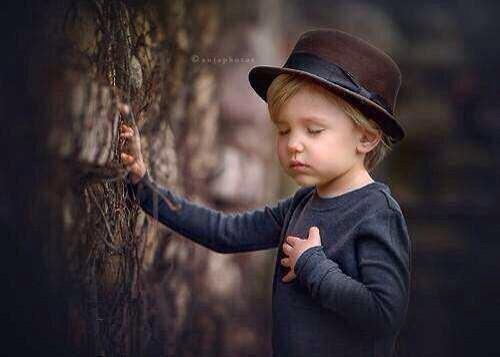 Do you feel things very DEEPLY? Do you find your feelings almost too intense to bear? Have you ever been told to toughen up, don’t take things so personally, or just let it all roll off your shoulders, but you can’t? Are you bothered by certain smells, certain sounds, certain foods, to the point of distraction?

Chances are, you are a Highly Sensitive Person or HSP. This personality trait was first studied by psychologist Elaine N. Aron, Ph.D. in the 1990’s. She found that High Sensitivity is an INNATE trait showing up in about 20% of the population! On her website, she cites studies that show:

“…a set of 10 genes predicted a medium to high chance of being highly sensitive. Genetic studies of most personality traits have not found anything close to that, suggesting that sensitivity comes much closer to being a trait that is actually inherited, not just the result of genes interacting with something else.”

This is important news for the Highly Sensitives! If they were raised in a culture that does NOT value sensitivity (Western society in general, and American culture in particular), they can stop thinking there is something wrong with them. They can stop trying to “fix” themselves. They can stop having low self-esteem about who they are and why they feel like they “don’t belong”.

With about 1 person in 5 having the Highly Sensitive trait, Dr. Aron discovered that this trait is too prevalent to be considered a behavior aberration. It is also prevalent in non-human species, with biologists having found it in over 100 species (and probably many more) from fruit flies, birds and fish, to dogs, cats, horses, and primates. Thus, Dr. Aron came to the conclusion that “this trait reflects a certain type of survival strategy, being observant before acting.”

The brains and nervous systems of HSPs are simply wired differently. The HSP notices subtleties more, because their brain processes information more deeply, and reflects on it more. The HSP can also become more easily overwhelmed with sensory overload. Studies have also shown that the trait is found equally in women and in men, with Highly Sensitive males finding it tougher to feel confident in a society that does not value sensitivity.

When it comes to relationships, HSPs have a more difficult time if they are involved with a non-HSP – especially one who has no clue about their partner’s High Sensitivity. Misunderstandings abound, and each could have an attitude of “What’s the matter with you?!” about the other. This is why it’s so important to understand the trait of High Sensitivity, and for HSPs to be able to communicate about it to people they are involved with.

If you are a HSP, you need to honor your wonderful trait! It provides you with a life of rich sensory detail and deep emotional awareness. You have a vibrant inner life, being able to easily call upon your spiritual resources. You appreciate nuances of meaning in experiences that come your way. You are more cautious about taking action, carefully considering all the possible options and outcomes. Highly Sensitives are also highly creative, intuitive, empathic, and compassionate, and bring great depth to a partner who can appreciate it.

HSPs also need to learn better self-care – giving their sensitive nervous systems plenty of time to recover from stimulating experiences, regularly creating space for the alone time they need, saying no to too many activities, putting down boundaries more, and relieving themselves of too much pressure – from within or without – to be or behave in certain ways that are foreign to their nature. It’s also more important for HSPs to keep their environment organized and under control to prevent overwhelm.

There are many resources available for you to understand your trait better, and to communicate it to friends and family who care about you. Dr. Aron has several books on her website and has recently completed a film called “Sensitive: The Untold Story” which features singer-songwriter Alanis Morissette. And here is the self-test on her website to see if you are a Highly Sensitive Person.

Let me know in the comments below or on my Facebook page, what insights you gained from reading this blog article of mine! As always, I hope it helped, and I send you many blessings!