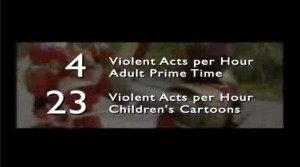 My heart is deeply saddened to hear of yet another senseless mass shooting – this time in the college town of Isla Vista in Santa Barbara. It is especially shocking to my heart because I lived in Santa Barbara for 5 years when I was being licensed as a Spiritual Counselor. I had the chance to drive / walk the streets of Isla Vista and the UCSB campus on numerous occasions, and I never could have imagined this kind of horrible violence in those fun-loving good-times streets.

After the incident, several Gun Control groups made statements  against kids having access to guns, as rightly they should, to bring awareness to this issue. I fully support it, and yet I can’t help feeling that that is just part of the solution. Having relatives who lived under the Soviet regime, I know that forbidden and controlled items (or substances) find a strong underground market anyway. Just think of the Prohibition Era. When there’s a will, there’s a way.

Another part of the problem is the blossoming of the shoot-em-up video game genre. Over the last couple of decades, these games have developed into increasingly realistic 3-D graphics, and the point of most of them is to KILL people / enemies / aliens, etc. Kids growing up on these games have incredible trigger skills and are constantly having threatening experiences visualized to them, where they get to instantly annihilate whatever form of threat they are confronted with, often without the real-life results of blood and guts, and always without the responsibility of how such annihilation might affect others emotionally. The latest brain science teaches us that the brain cannot differentiate between a real or imagined scene presented to it, and the subconscious stores all these scenes in its archives for use in case of future threat. In a trigger second.

I learned just how much kids today are exposed to violence through a friend of mine, Santa Barbara resident Monica Lenches – herself a UCSB graduate – who created a short documentary called “A Kinder World“. On her website is a quote that “According to the American Psychiatric Association, commercial television for children is 50-60 times more violent than prime time programming for adults.” She noticed that her 5-year-old niece was quite jaded to violence, showing no feelings about upsetting images she was watching. No wonder the disturbed young man who committed these shootings could not conceive of the impact his actions would have on those he affected, and the community around him. Incidentally (or perhaps not?), his father is an assistant director on “The Hunger Games” – a popular film series depicting young people engaging in post-apocalyptic death matches.

Of course, there are healthy young people exposed to the same violence who don’t harbor hidden desires to annihilate other beings, who still express compassion and empathy towards others, who form healthy relationships, and who see the games for the games that they are. What makes the difference? From my point of view as a spiritual counselor, it is the kids’ strong sense of Self, and their ability to express and process their emotions in a healthy manner. If the parents had healthy emotional skills, the kids will have learned to mirror that. But how many of us have mastered the art and skill of navigating emotional relationships? It’s tricky stuff, as anyone in a long-term relationship can attest to. Even world leaders are still choosing to wage war when they could be focusing on negotiation.

So who is to blame? The gun manufacturers? The video game creators? The film ratings boards? The parents? The teachers? Or simply an undetected mental illness? (which, in my view, has its origin in a spiritual disconnect). I invite us all to take total responsibility for any senseless act of violence when it occurs. We are all members of the Human Community, and we can each do our part in the tiniest way. Millions of tiny actions are like the wings of the butterfly that flutter and create wind and weather patterns on the other side of the globe. So in the name of ending senseless violence, raising healthier future citizens, and finally creating world peace, let’s strive to increase our own emotional skills and healthy emotional processing, so we can be fantastic role models for those around us and those who come after us.

The Center for Spiritual Living in Santa Barbara, Center of the Heart, is offering free grief counseling to those affected by this shooting. For further information, contact them at info @ centeroftheheart . com.