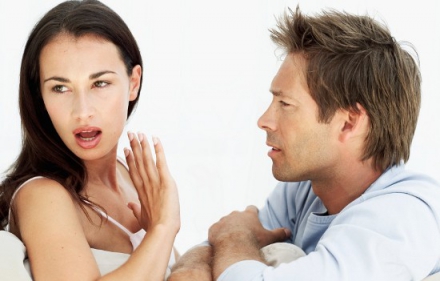 I love using the Enneagram with my clients because it is the only personality system that is based on what type of Shadow defenses we formed when we were growing up.

Each of the personality types has a particular way that they block love from their lives. See if you can recognize yourself in any of these (or maybe even more than one!):

1.  The Number One personality is known as the Reformer. They are passionate about changing the world to make it a better place. Because they are idealistic, their standards for people – and for themselves – are very high. What blocks love for these people is  fault finding and thinking their point of view is always right.

2. Number Two is known as the Helper. They want to be such givers, and often look for people and situations to help and give to. Naturally nurturing, they often forget to nurture themselves and can end up feeling empty inside. How they tend to block love is by hovering too much over others, becoming possessive, and having specific expectations from others.

3. The Number Three personality type is called the Achiever. They are driven in their desire to excel and succeed, and can get caught up in going through a LOT of effort to keep up a good image on the outside. That false front, as well as feeling competitive with others, is what blocks love for the Achiever.

4. The Number Four type is known as the Individualist. In some books, this type is called the Artist. Many Highly Sensitive People (HSP’s) fall into this category. It is important for them to express their uniqueness and originality, and can become quite dramatic and temperamental about it. Any hyper-sensitivity and emotional volatility are what can block love for this personality type.

5. Number Five is known as the Investigator or Researcher. They are brainy and perceptive, especially reaching for what they can know that is not immediately apparent to others. Because of their constant search for rare or lost knowledge, they can become quite isolated and out of touch with life. What can block love for this type is cynicism and feeling smarter than anyone else.

6. The Sixth personality type is called the Loyalist. Their purpose in life is to uphold tradition and stick with the thinking of their particular community. They put their value on security and they are great at taking responsibility and becoming the pillar of their community. They do become very distrustful of anything or anyone that doesn’t fit what they think of as their norm, so distrust, doubt, and suspicion can block their ability to feel and express love.

7. The Number Seven type is known as the Enthusiast. This is the one often called “Jack of all trades and master of none.” They love to taste all that life has to offer, skimming along the surface of many different activities or careers, and having a lot of fun in the process. The most important thing for them is to stay free so they can be spontaneous enough to change direction on a dime. This kind of selfishness and superficiality is what can block love for the Enthusiast.

8. The Number Eight is called the Challenger, or is sometimes known as The Boss. They are interested in keeping power, and are very self-confident, decisive, and willful. They may show interest in you, but are actually more interested in having someone to dominate. Willfulness and hardheartedness keep love at bay in the lives of these personality types.

9. And finally Number Nine is known as the Peacemaker. This is the type that “goes along to get along.” They are receptive, agreeable, and easygoing. Though they sound like an utter dream to be involved with, they can also become very passive and complacent. They really dislike confrontation and can go into hiding to avoid it. For this personality type, ignoring reality and shutting down, blocks their ability to feel and express love.

There is a lot more to the Enneagram personality system, depending on whether a type is expressing their healthier or less healthy aspects, whether they are triggered or calm, how far along their evolutionary path they are, and so on. We also tend to be a combination of more than one type. For more information, see the Enneagram Institute website. I find it very helpful for assessing what might be stored in your Shadow.

Let me know what you thought of this article by posting in the comments below or on my Facebook page here.

If you’d like to know how we can work together to dissolve those love blocks that are in your Shadow, schedule a free consultation with me here.