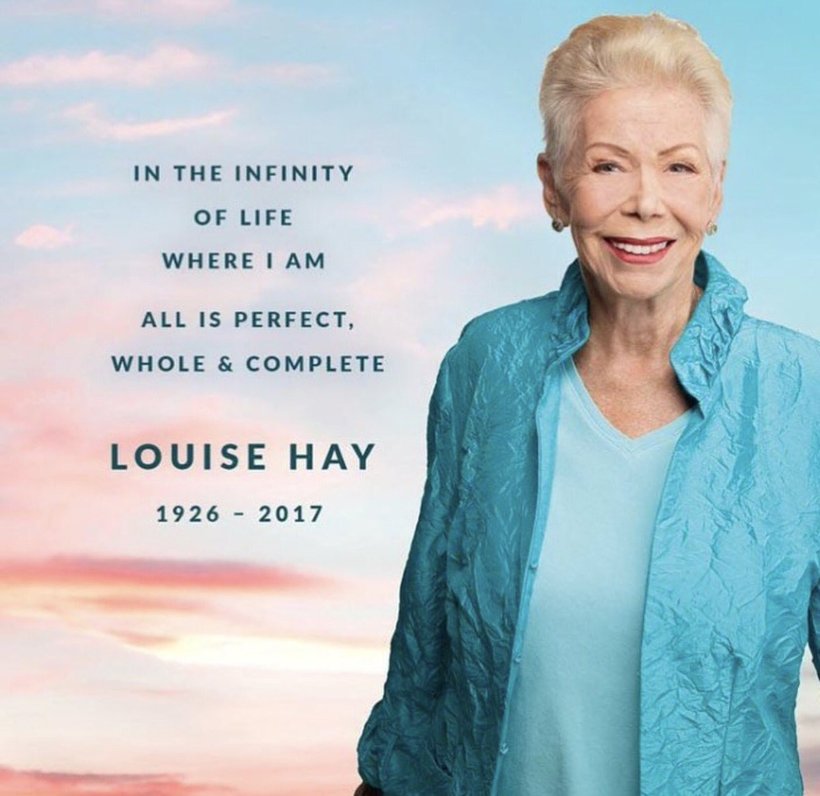 Today I want to remember the passing of a great woman who is responsible for turning my life around from being involved in constant dysfunctional relationships to this week celebrating my 20th wedding anniversary with my true soulmate.

That woman is the late Louise Hay who made her transition into eternal life in the early hours of August 30th, 2017 – last Wednesday.

Is it a coincidence that it was 2 years to almost the day that Wayne Dyer passed on August 29th, 2015 in the late hours?

If you believe as I do, there are no coincidences – only the orderly unfolding of an Infinitely Wise Universal Intelligence.

So it was also no coincidence when after years of dysfunctional relationships I became partnered for 7 years to a nice-enough man who I eventually discovered had substance abuse issues he denied, and I was feeling trapped in every area of my life, and seeking out conventional therapy to find my answers – and the answer came where I least expected.

I was visiting a girlfriend who was ill and she was consulting a book by her bedside called “You Can Heal Your Life” by Louise Hay. I thought it was fascinating that there was this book with a list of physical ailments in the back and the possible spiritual causes alongside them.

I wasn’t sick, so I didn’t think I had any need of that book. But as the days passed it haunted me, and curiosity won, so I asked her for the name of the book and went out and got it.

I could have never imagined that it would change my life around completely 180 degrees!

Please understand – simply reading this book is NOT what changed my life. I did open the cover and recognize something I felt I had not known for decades. It was an old familiar voice from which I had become quite distant – it was the voice of love.

Growing up in an abusive environment both at home and in school, I had built up layers and layers of defensiveness, cynicism, and what I thought was “sophistication” about the world.

But again, just reading this book is NOT what could have changed me.

So as the diligent student I was, I STUDIED this book.

I did every exercise. I recorded all the affirmations in my own voice and played them constantly when driving in my car. I instinctively knew that I needed to re-program my thinking and was doing all I could to have that re-programming accomplished.

In fact, I went through the book and all the exercises at least 5 times till it sank in and I embodied every word, changed every belief I could get in touch with.

What followed was a life of miracles – more amazing than I could have ever imagined.

I was led from one resource to another. I did the exercises and affirmations in the book “Think and Grow Rich”, wanting to attract a million dollars into my life. I did the entire Course in Miracles over a year and a half to further re-program my mind.

I was eventually led to my spiritual home, Agape International Spiritual Center, where Rev. Michael Bernard Beckwith became my mentor.

There I had an even more powerful force of a practitioner core who prayed for me for 30 days when I requested prayer.

I dreamt of winning a trip to Egypt – I sent extra donations to the radio station that was giving it away. I even attracted a new voice student (I was a voice teacher at the time, besides being a personal assistant to an elderly gentleman) who had to take a few weeks off lessons because HE WON the trip from that radio station! Coincidence? I think not.

When my then-current boyfriend broke up with me, I was really broken-hearted. I was 39 and felt like all the good guys were already taken and was envisioning being single for the rest of my life.

I requested prayer from the Agape practitioners to heal my broken heart, and on the 30th day they were praying for me, I ran into my soulmate who – a month later – took me on a film shoot to be one of the singers inside the Great Pyramid of Egypt for a possible NBC special! Synchronicities like this kept following.

We were married two years later by Rev. Michael Bernard Beckwith on Sept. 6, 1997, and that week my boss died and left me $1 million dollars in his will – which I never in all the 14 years working for him had an inkling that he would do. 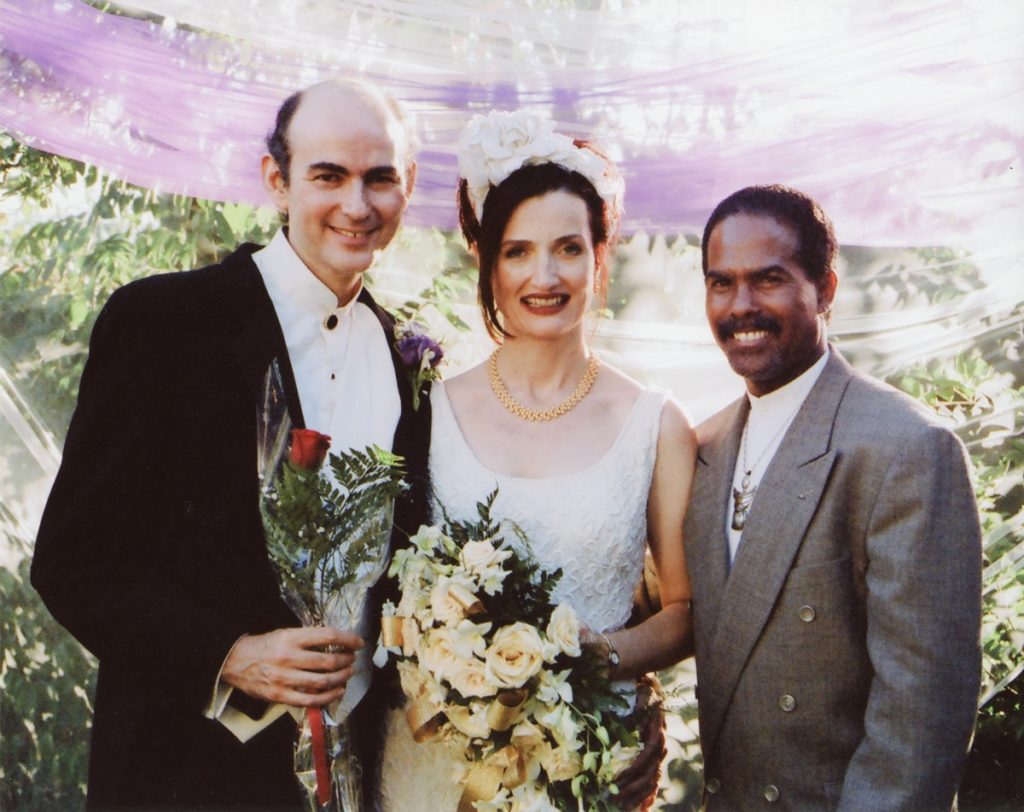 And there are many, MANY more miracle stories to share – too numerous to mention here. The bottom line is…

I owe this life of miracles to Louise Hay’s teachings.

She helped me unlock the Power of Love, which is what God is, and is the force that creates miracles in our lives. When we live in alignment with the HIGHEST Love in every aspect of our lives, we will see miracles there. It’s just that most of us are not aware of how we don’t love ourselves and do not love the world perfectly.

I still recommend her book “You Can Heal Your Life” to all my clients. Again – it’s not a book you just READ, it’s a book you LIVE if you really want to see the results.

And if you get stuck, it could be what you’re not seeing in your Shadow – your blind spot. That’s something I can help you with, so make an appointment for a free consultation here to see if we’re a good match for working together.

But not this week – I am off to Mexico City to celebrate my 20th wedding anniversary for a week.

Please let me know how this article moved you by posting a comment on this page below or on my Facebook page here.

Sending you love, blessings, and a life of miracles!

4 thoughts on “You Can Heal Every Aspect of Your Life”